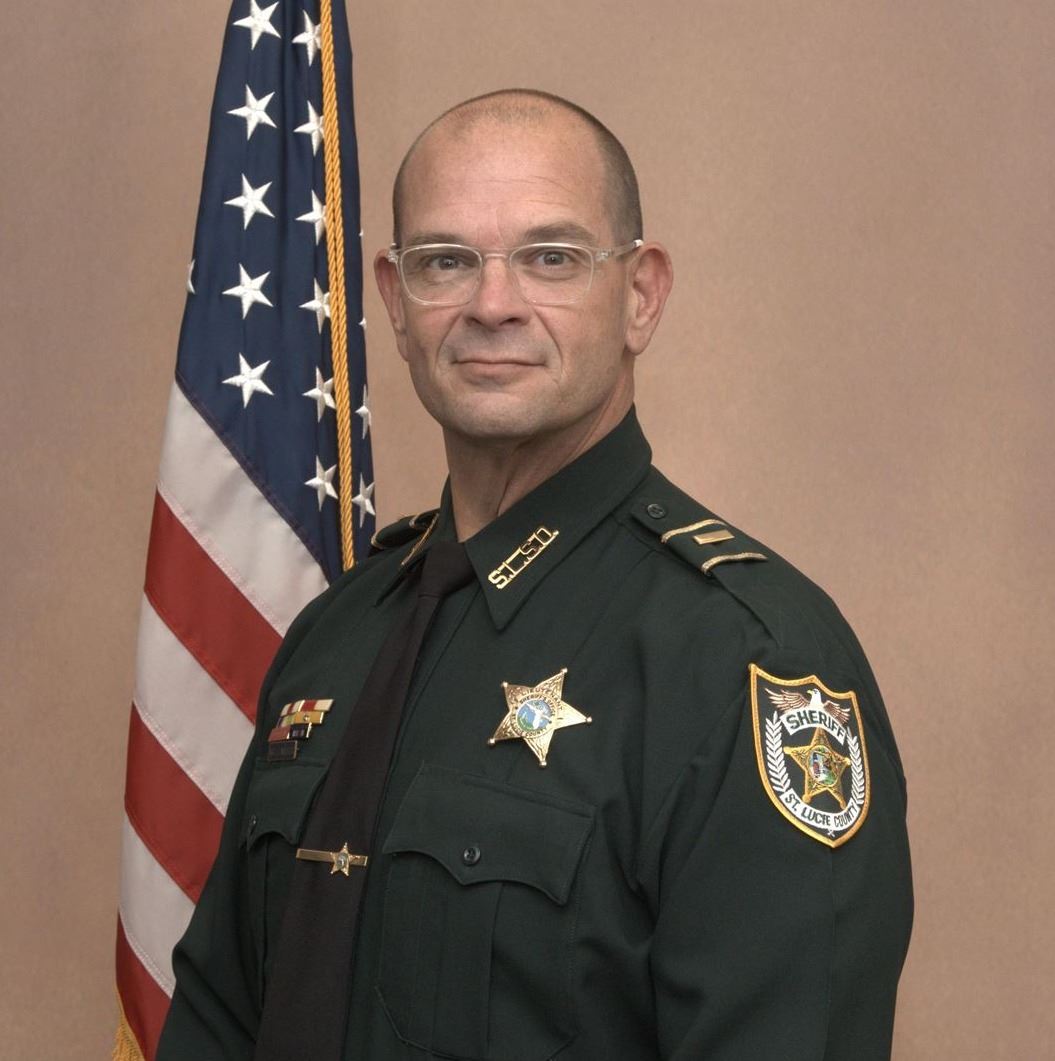 Jason Wheeler was born in Dayton, Ohio and moved to Florida in 1975.

Jason began his career with the St. Lucie County Sheriff’s Office in April of 2001 as an un-certified Detention Deputy.

He completed the Florida Department of Law Enforcement Corrections Academy (Class 102) at Indian River State College that same year and was re-classified as a certified detention deputy in December of 2001.

In January of 2006, Jason was promoted to Master Deputy in the Department of Detention and in February of 2013, he was again promoted to the rank of Sergeant.

During his time in the jail, Jason has worked in or supervised general population, booking, transportation, administration, accreditation, work unit and training.

He has also been an accreditation assessor, visiting other agency as part of an on-site assessment team and has developed statewide respect and recognition for his expertise in this area.

In December of 2018, in an effort to better organize, implement and manage our agency’s training program, Jason was transferred to the Training Unit as the Detention Training Supervisor.

In July of 2009, Jason was recognized by the Florida Corrections Accreditation Commission as the Assessor of the Year.

Jason has completed leadership training program that include the FBI-LEEDA Trilogy Program, the IRSC Criminal Justice Leadership Program, the FDLE Leadership Academy Class 42 and is a graduate of Leadership St. Lucie.

Throughout his career, Jason has received numerous awards and commendations for his contributions to the agency.