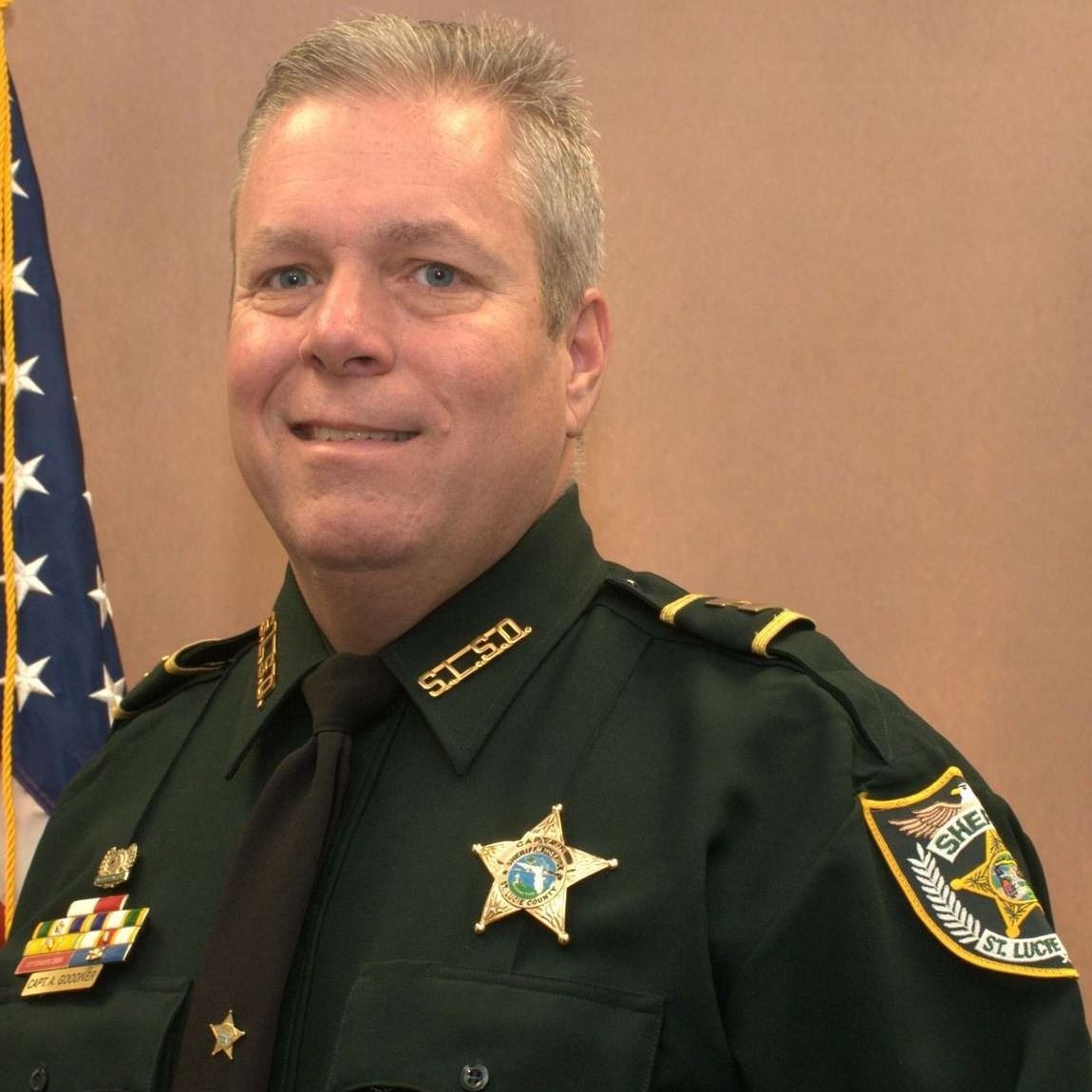 In September of 1992, he was hired by the St. Lucie County Sheriff’s Office as an Auxiliary Deputy and then as a full-time Deputy in April of 1993.

During his tenure with the agency, Captain Goodner has worked in the following divisions:

For many years, Captain Goodner has served as the team commander for the Crisis Negotiation Team. He has become a statewide leader among crisis negotiators, completing his first of two terms as the President of the Florida Association of Hostage Negotiators. Captain Goodner is a board member of SafeSpace, a non-profit, United Way organization serving victims of domestic abuse.