Major Chris Cicio commands the Department of Administration that includes: 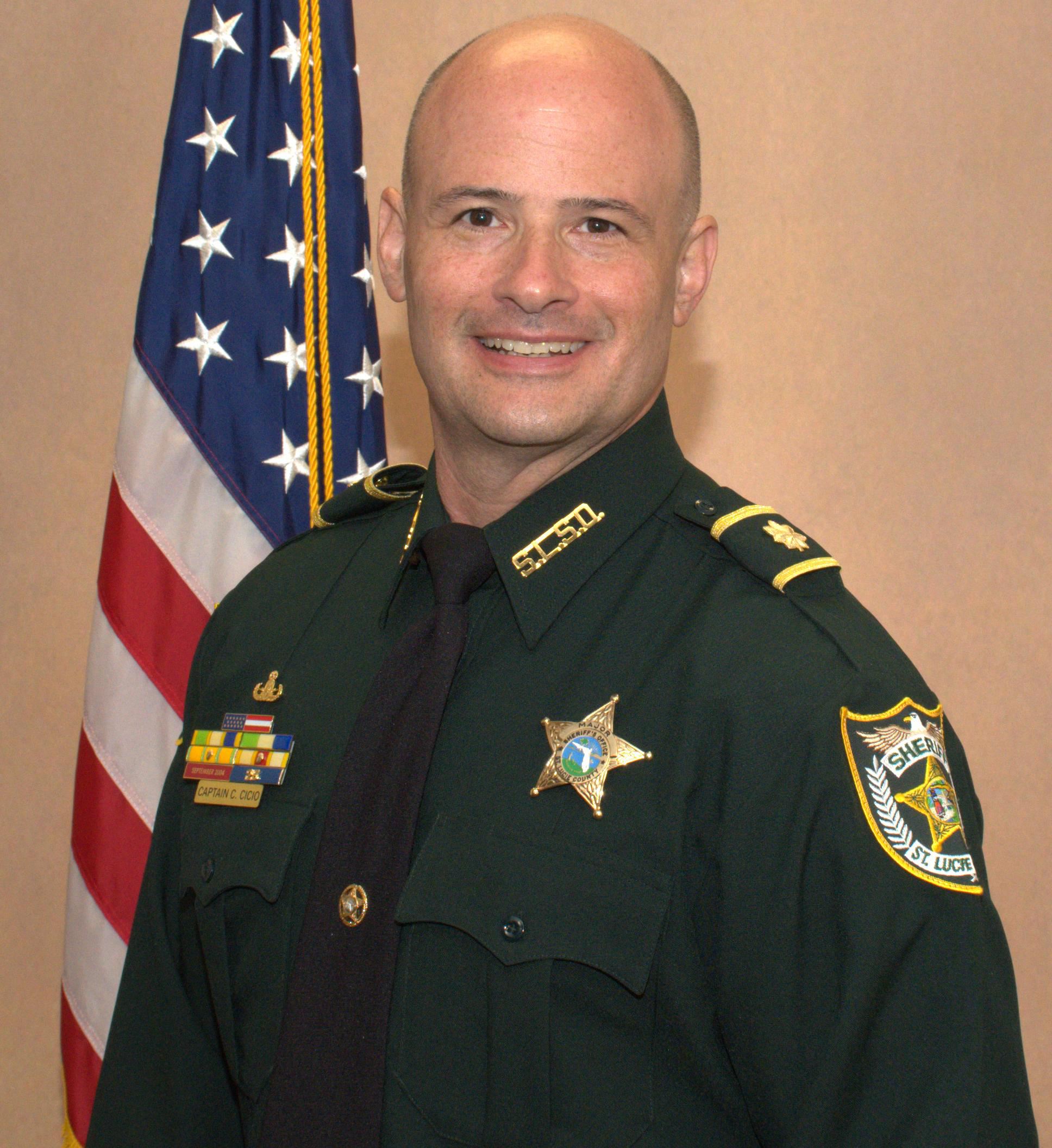 Major Chris Cicio was born in Denver, Colorado and grew up in Port St. Lucie. He graduated from John Carroll High School in 1991 and completed his Law Enforcement Basic Recruit certification (Class Number 59) in 1992. He continued his education, completing Associate of Science and Associate of Arts degrees in Criminal Justice and a Bachelor of Applied Science in Organizational Management with a specialization in Public Safety Administration, all from Indian River State College.

Major Cicio served on the agency SWAT Team for 5 years. He was a certified bomb technician and member of the Bomb Disposal Team for nearly 20 years and left the team as the Team Commander in 2019. He also served our agency as an in-service instructor, specializing in use-of-force training that includes defensive tactics, firearms, active shooter response, and incident command. He has worked as an adjunct instructor for Indian River State College as well as the Department of Homeland Security/Federal Law Enforcement Training Center. Major Cicio was instrumental in developing civilian response to active shooter programs for St. Lucie Public Schools, Indian River State College, St. Lucie County Government, and numerous local businesses and worship facilities. He is also a R.A.D. (Rape Aggression Defense) instructor trainer for our agency and has coordinated the training of countless instructors, women, children and seniors in our community, providing them with skills necessary to defend themselves in the event of an attack.

Major Cicio serves as a board member and President of the Journey Forward Program, a collaborative effort between the Public Defender’s Office and the St. Lucie County Sheriff’s Office, designed to assist eligible inmates develop basic skills essential to effectively reintegrate as a productive member of the community. Additionally, he serves as a board member for the St. Lucie County Public Safety Coordinating Council.